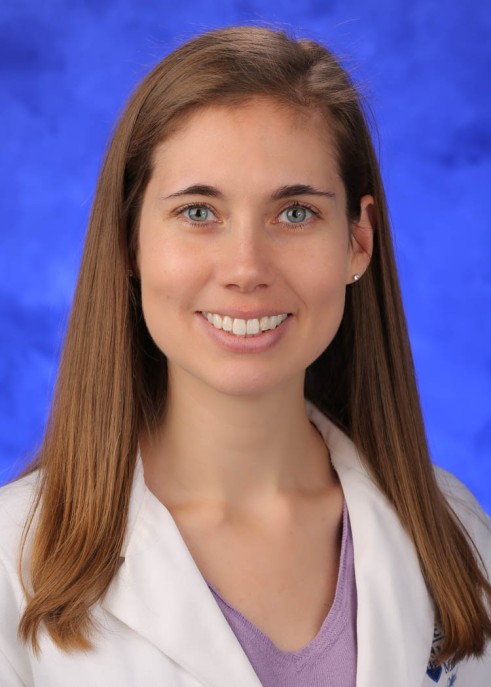 Dr. Katherine Aird is an Assistant Professor at Penn State College of Medicine in the Department of Cellular & Molecular Physiology. Her lab is broadly interested in understanding how cellular metabolism regulates cancer initiation and progression with the ultimate goal of exploiting these pathways for new therapies. Dr. Aird’s work has been funded by the NCI, DoD Ovarian Cancer Research Program, W. W. Smith Charitable Trust, and Sandy Rollman Ovarian Cancer Foundation.

Dr. Aird was born in Saudi Arabia, where she lived until she was 6. After moving to Virginia and then Ohio, she began middle school in New Dehli, India. During this time, she developed a passion for science and was especially interested in infectious disease since diseases like leprosy were something she saw on a daily basis. After finishing high school in Singapore,  she attended Johns Hopkins University for her undergraduate degree so that she could have first-hand research experience. During that time, she studied susceptibility to tuberculosis with Dr. Yuka Manabe, which solidified her resolve to obtain a PhD.

For her PhD studies, Dr. Aird moved to Duke University. While she remained interested in infectious disease, she also explored other areas of biomedical science during her rotations. During one particular rotation on cancer biology in Dr. Gayathri Devi’s lab, she was intrigued by the mechanistic cell biology puzzles that remain to be solved in cancer cells. She stayed on in this lab and identified multiple new mechanisms of therapeutic resistance of inflammatory breast cancer (IBC) cells. In 2008, she received a DoD Predoctoral Fellowship from the Breast Cancer Research Program to study mechanisms of resistance to HER2 targeting agents in IBC.  Importantly, her work revealed a new mechanism of action of the HER2 kinase inhibitor lapatinib through increased reactive oxygen species, which suggested that patients taking this drug should not combine it with antioxidants.

Dr. Aird then joined Dr. Rugang Zhang’s lab at Fox Chase Cancer Center, and later moved with him to The Wistar Institute, for her postdoctoral studies. During her interview, Dr. Zhang spoke about From that day on, Dr. Aird has been fascinated by senescence as a biological process and has worked towards discovering how senescence plays a role in both cancer initiation and response to therapy. During her postdoctoral work, she discovered that suppression of nucleotide metabolism is both necessary and sufficient for oncogene-induced senescence. Her work was the first to describe upregulation of a metabolic pathway that could completely overcome senescence and induce proliferation. This work formed the foundation for her K99/R00 Pathway to Independence Award.

In late 2016, Dr. Aird started her independent lab at Penn State College of Medicine. Her love for senescence and excitement about the growing cancer metabolic field has given her a unique niche. The aims to understand the metabolic differences between normal, oncogene-induced senescent, and tumor cells with the overall goals of: 1) elucidating the earliest events in tumorigenesis: and 2) exploiting these pathways for new cancer therapies. For instance, her lab discovered a metabolic pathway through wildtype IDH1 that is upregulated in ovarian cancer compared to normal cells-of-origin. Inhibition of IDH1 in ovarian cancer cells induced senescence through a metabolic-epigenetic axis. This work was recently published in Molecular Cancer Research where it will be highlighted in the August issue. In another project that was recently accepted at Cell Reports and currently available on bioRxiv, Dr. Aird’s lab discovered that the cell cycle inhibitor p16 has a non-canonical role in nucleotide metabolism. They found that suppression of p16 increases nucleotide metabolism to bypass oncogene-induced senescence through regulation of mTORC1. This is one of the first studies to describe a role for p16 outside of the cell cycle. These projects have led to multiple new insights into the ways cells use metabolites and activate metabolic pathways early in transformation. The lab is following up on these studies to determine whether inhibition of these pathways in pre-clinical models results in decreased tumor burden. The next big challenge the Aird lab plans to tackle is whether these metabolic changes alter the tumor microenvironment and how that affects cancer initiation and response to therapy.

Dr. Aird is also passionate about mentoring the next generation of scientists and has been nominated by her postdoctoral fellow for Outstanding Mentor through the PSU Postdoctoral Association. She is the Associate Director for Professional Development for the Penn State College of Medicine Postdoctoral Society and aims to help postdocs develop critical professional skills for the transition to the next phase of their career. Her dedication to her trainees is also evident in their fellowship success rate- both her first graduate student and first postdoc are independently funded through an NCI F31 and Penn State Cancer Institute Fellowship, respectively. You can find more information about open positions and the lab’s projects at airdlab.com. Follow Dr. Aird on Twitter @airdlab.

View all posts by newpislack